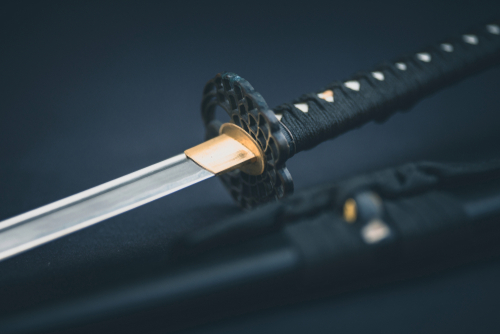 Throughout history, humans have invented a variety of deadly weapons. In the West, certain arms were developed from agricultural tools, while in the East various weapons can be traced back to different forms of martial arts. Over the years, some weapons have made their way from the battlefield into areas such as hunting, whilst others, for example flamethrowers, have been repurposed for use in civilian spheres like agriculture.

That’s some of the history. Today, as debate continues about gun control in the United States, it seems incredible to think that ownership of a number of deadly weapons – some ancient, some more modern – remains permitted under federal law. Read on for ten crazy weapons that are still legal in the U.S.

The cannon conjures images of countless historical battles on sea and land. Interestingly, the lineage of these pieces of artillery can be traced back to Chinese flame-throwing gunpowder weapons called fire lances. Since their first use in conflict – possibly in the 13th century – cannons have played important parts in many battles, but gradually they took on a more indirect role as infantry weapons improved leading up to the 20th century.

Cannon shells are classed as destructive devices in the U.S. under the 1934 National Firearms Act (NFA). They must be registered with the Bureau of Alcohol, Tobacco, Firearms and Explosives and, though legal under federal law, are prohibited from being owned by civilians in certain states. Muzzle-loading cannons themselves, however, are – remarkably – not deemed to be firearms in the U.S. and are therefore not regulated by the NFA.

Possibly one of the most inconspicuous weapons a person is ever likely to encounter, the Sap Cap is by no means just a standard baseball cap. A hidden pocket at the back filled with a material as dense as lead makes this a dangerous weapon, with the peak doubling as a handle. Some owners have questioned the durability of the pocket that holds the weighted material at the back, but there’s no doubting the cap’s defensive – or offensive – potential. It’s readily available, too, costing $24.73 plus shipping.

Crossbows were deployed in conflicts in Europe and East Asia for centuries; in China their use has been traced as far back as the 5th century BCE. The military deployment of crossbows declined in line with increased use of gunpowder, but they are still used by special forces in Greece, Serbia, Spain and China. Jane’s Defence Weekly spokesman and veteran war correspondent Paul Beaver has remarked that crossbows “are not only a silent killer, they also have a psychological effect.” Still, military usage aside, they are now often used in hunting and for target practice. Perhaps surprisingly, there is no federal law prohibiting these weapons if they’re bought for “target shooting,” and in many states they can be employed for hunting.

Katana swords are distinctive and deadly weapons can be traced back to 12th-century feudal Japan, where they were originally used by samurai. Their notoriety in more recent times has been given a significant boost by movie directors such as Akira Kurosawa and Quentin Tarantino, who have featured the swords prominently in some of their most popular works. Distinctions are made between different periods of Japanese sword construction, and this in turn can affect the legality of the blades. In Ireland, katana blades made after 1953 (known as shinsakuto) are banned. In 2008, blades over 20 inches long were outlawed in the United Kingdom following a number of attacks. In the U.S., however, such blades are legal to own; and in New York, for example, although it is generally forbidden to carry these weapons in public, even then there are exceptions.

A grenade launcher is a weapon you might expect to see in open warfare, but owning one is actually permitted in the U.S. under federal law – albeit with restrictions. Classified by the National Firearms Act as a destructive device, the grenade launcher is legal in many places, as long as owners have correctly registered the weapon and passed the necessary background checks. That said, those interested in procuring and using one may not be allowed to fire anything more explosive than flares. In 2005, when Seattle police were tipped off about a rocket launcher seen in a car, they promptly called the bomb squad and then confiscated the weapon – although they later confirmed that it was unloaded and therefore legal to possess.

It’s amazing what can be concealed in a seemingly ordinary umbrella. Perhaps best known as the weapon of choice for suave British spy John Steed in 1960s TV series The Avengers, umbrellas with concealed blades remain legal in a number of places. In the U.K., such concealed weapons are apparently legal to trade if they are over 100 years old – and thus antique. Meanwhile, in the U.S. the blades are only banned in New York, California and Massachusetts. Perhaps most startling of all, though, is the fact that umbrella swords with 15-inch-long blades are available online for as little as $30.

The flail is a medieval weapon that’s instantly familiar. It looks devastating, but its origins actually lie in hand-held agricultural threshing tools used in various countries – in parts of Europe as well as Korea, Japan and China – during the Middle Ages. A number of variations emerged as this improvised weapon took shape, including versions with single or multiple iron balls at the end of the chain, and double-handled versions that evolved into weapons such as nunchaku. Though the days of peasant armies wielding them may be over, these archaic weapons are still legal in parts of the U.S., although not in the states of New York, New Jersey, California, Massachusetts or Pennsylvania.

The name Minigun actually originally related to a particular gun model made by General Electric, but it has gone on to become a more generalized term to describe all rifle-caliber Gatling-type guns that are externally powered, and indeed various other similarly configured guns. These ferocious cannons feature multiple, revolving barrels and high rates of fire – in the case of the M134 Minigun, up to 6,000 rounds a minute. Astonishingly, such large, deadly weapons are legal to own in the U.S. owing to a law passed in 1986 that permitted ownership of any fully automatic weapon built prior to that year. That said, the process of obtaining one may prove difficult and expensive. Relatively few miniguns make it onto market, and even then one is likely to set prospective buyers back roughly $400,000. Then there’s the fact that firing the weapon costs approximately $60 a second thanks to the price of the ammunition.

Predominantly associated with traditional Chinese martial arts, the chain whip generally comprises a handle with a series of flexible metal links leading to a spiked slashing point at the other end. The weapon is capable of moving faster than the human eye can perceive, so users sometimes attach cloth flags to the end of the chain to create extra clues as to its location. This, combined with the extra stability the flags provide, helps prevent people from injuring themselves. Designs vary in length, and this intimidating weapon is also highly concealable owing to its flexibility and short handle. Nevertheless, it remains legal to own in most parts of the U.S.

As the name suggests, a flamethrower is an incendiary weapon that shoots out a torrent of fire. After their use in World War I, modern flamethrowers increased in usage and featured in other major 20th-century conflicts. Still, the usage of these weapons has been controversial in view of the dreadful way in which victims die, and the U.S. military ceased using them in the late 1970s.

While military flamethrowers use combustible liquid, commercial flamethrowers like those utilized in agriculture often employ high-pressure gas. When it comes to the civilian arena, America has a different approach to other countries, and privately owning a flamethrower is not forbidden under federal law. Still, these devices are controlled in certain states, including California, where possession of one without a license could result in a one-year prison term or a fine of up to $10,000. In contrast, possession of one of these weapons in the U.K. can lead to a jail sentence as long as ten years.

You may also want to check out our Can You Believe It’s Legal? section